What is the latest advice about eggs and dietary cholesterol?

Cholesterol causes atherosclerosis when there is too much LDL-C in the blood. According to the 2015-2020 Dietary Guidelines for Americans, Strong evidence from mostly prospective cohort studies but also randomized controlled trials has shown that eating patterns that include lower intake of dietary cholesterol are associated with reduced risk of CVD, and moderate evidence indicates that these eating patterns are associated with reduced risk of obesity.” However, both because dietary cholesterol only weakly influences blood cholesterol levels and because very few Americans consume enough cholesterol to increase
their blood levels, the 2015-2020 Dietary Guidelines have dropped the previous advice found in the 2010 edition to limit the consumption of dietary cholesterol to 300 mg per day.

Eggs are a cholesterol-rich food. One large egg contains approximately 200 mg of dietary cholesterol. However, a review of the health effects of egg consumption that considered 30 individual studies found that many studies showed no association
between egg consumption and CVD. The authors concluded that the preponderance of evidence suggests that a diet including eggs
may be used safely as part of a healthy diet in both the general population and for those at high risk of cardiovascular disease, those with established coronary heart disease, and those with diabetes.

Other study authors have also concluded that egg consumption, although a major source of dietary cholesterol, is not significantly associated with clinical cardiovascular events in the general population. Other studies about the health effects of eggs are inconclusive, and others suggested negative health effects. For example, a study from Korea found that those with high consumption of eggs, seven eggs per week compared to zero to one egg per week, had an 80% increase in the risk of having detectable coronary artery calcification.

A 2019 study among nearly 30,000 U.S. adults from six prospective cohort studies with a median follow-up of 17.5 years, found that each additional 300 mg of dietary cholesterol and each additional half an egg consumed per day were each significantly associated with a 17% increase in risk of incident CVD and an 18% increase in all-cause mortality. The study authors concluded that among U.S. adults, higher consumption of dietary cholesterol or eggs was significantly associated with a higher risk of incident CVD and all-cause mortality in a dose-response manner.

However, a high-quality 2020 multivariable analysis of three studies with up to 32 years of follow-up found that consumption of at least one egg per day was not associated with incident cardiovascular disease risk after adjustment for updated lifestyle and dietary factors associated with egg intake.

Some but not all nutrition experts suggest that if your diet is otherwise healthy and your blood lipids low, eating eggs will not increase CVD risk. The current average intake of dietary cholesterol in the United States is approximately 270 mg per day. It would appear that although consumption of dietary cholesterol is not a major health risk, avoidance of exceeding 300 mg of cholesterol per day remains
the optimal strategy for health. With regard to eggs, eating three, four or even seven eggs a week does not appear to have a substantial effect on blood cholesterol or risk of CVD unless a person already has high cholesterol or diabetes. 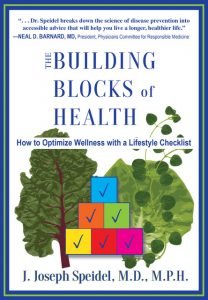